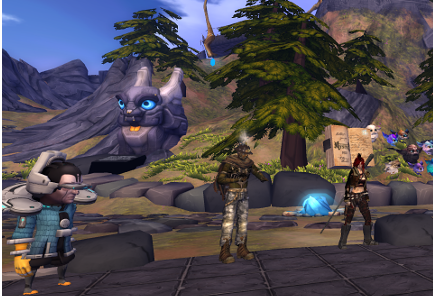 For those who couldn’t make it today – or who’d just like a refresher – here’s what was discussed at today’s Community Meeting in Harbour Light!   It’s been lightly edited to remove the comings and goings and such, and to put an extra space around player questions (in bold) and their answers:

[14:20] Nola Hellershanks: does Phay plan to come back or is it open to her too?
[14:21] Nola Hellershanks: I keep seeing her in the story line
[14:21] Aposiopesis Fullstop: So far as we know, she and her character aren’t actually coming back. So part of the hook for my character is figuring out, story-wise, why.
[14:21] Kaz (kazuhiro.aridian): Phay has moved on entirely from Mystics
[14:22] NeoBokrug Elytis: Apo is gunna make it work! 🙂
[14:22] Aposiopesis Fullstop: Neo uses the TourGuideFlipsy account as a work account, but he is not playing that character at all.

[14:22] Nola Hellershanks: nods I know she is real busy in rl I never expected her to even try, was just wondering because new people do not know who she was/is
[14:22] Nola Hellershanks: nods
[14:23] Kaz (kazuhiro.aridian): the scripts were moved to that account, that’s why we’re using it at all
[14:23] Nola Hellershanks: ahhh nods
[14:24] Aposiopesis Fullstop: Yeah, that’s been part of the thing – I’ve been picking up where Phay left off, but *because* she left things off, there’s a pretty big gap to bridge. But she really got the ball rolling with the story and the world, and it’s a fascinating world with a lot of potential – so I wanted to try to keep it going, rather than to nuke everything and start all over.
[14:24] Nola Hellershanks: nods understandable
[14:24] Aposiopesis Fullstop: (Nuking everything and having to start all over is what my WASTELANDS character is all about, after all ! 😉 )
[14:24] NeoBokrug Elytis: lol
[14:25] Nola Hellershanks: lol
[14:26] NeoBokrug Elytis: Any more questions about story stuff and wording before I roll on into the code-stuffs?
[14:26] Aposiopesis Fullstop: Neo bot, roll out! 😀
[14:26] NeoBokrug Elytis: Okey Dokey!
[14:27] NeoBokrug Elytis: Last month I at about this time I was working on the HUD. We had some internal testing while I was working on a few more things, and since then we’ve found and squashed a few bugs. To my knowledge there are no current bugs with the HUD for the traits. Everything looks good to go on that front.
[14:28] Aposiopesis Fullstop: wooo!
[14:29] NeoBokrug Elytis: While we were testing the HUD (which is the most complex part of the game inworld, not the server), I began to work on the homes. The homes only required minor updates, as they are not super script heavy. They mostly benefited from some optimizations and juggling of code between existing scripts. They haven’t undergone extensive testing yet, as I need to finish everything else before I can test them for certain.
[14:31] NeoBokrug Elytis: Once the homes seemed okay in my book I began working on the Pods and the pets. Much like the homes the Pods didn’t require too much work. Again they got some code juggling between scripts to make them a tad more efficient and “memory-safe”, as I like to put it. That way when I add new features in the future I’ll have room to hook those functions in without adding more scripts. 🙂
[14:31] NeoBokrug Elytis: The pets on the otherhand, required extensive updates to be far more memory efficient.
[14:32] NeoBokrug Elytis: On my whiteboard (next to my desk), I have a short list of about 10 things I wanted to do relatively soon. The fewer I had to do, the faster the patch would come out. As it turns out some of the “wish-list” items became mandatory as part of the update, out of need for being memory and speed efficient.
[14:34] NeoBokrug Elytis: The HUD was definitely the biggest, and easily took a months worth of time to wrangle all on it’s own. The pets are taking a little bit longer than I had planned. So far out of the 10 things on my whiteboard, 6 have become mandatory, where as I only thought three would.
[14:34] NeoBokrug Elytis: But progress is still marching on at a steady pace!
[14:34] Aposiopesis Fullstop: Some things, you just can’t know until you’re in the thick of it!
[14:34] NeoBokrug Elytis: True that!
[14:37] NeoBokrug Elytis: You may have noticed about a week ago things went a bit south with the game. Part of our DataBase setup is to make sure that we have traceback on game interactions, so make sure things are running right. In fact, it was consuming about 90% of our DB. I had talked with grim about doing some spring cleaning, and tidying up the DB. I asked him “would it be okay to do this”. He gave me the thumbs up on it, and we were both in agreement that this was going to go just fine!

[14:38] Nola Hellershanks: haha
[14:38] NeoBokrug Elytis: It got about 80% through doing it all and then things didn’t go just fine. Cleaning up the DB caused things to grind to a halt. I canceled the cleanup procedure, but how our DB is setup, if a query is cancelled, it’ll repair itself.
[14:38] Aposiopesis Fullstop: D:
[14:39] NeoBokrug Elytis: So the second day of things being “blah” was due to the system fixing itself. Which is good, I guess. Instead we simply rebuilt the DB from the data we wanted to keep, and dropped the old data all together and swapped out the tables. Within minutes everything was better.
[14:40] NeoBokrug Elytis: But if it wasn’t for Grims continued help, we’d probably still be in a world of hurt.
[14:40] Nola Hellershanks: nods
[14:40] Aposiopesis Fullstop: YAY, GRIM!
[14:40] NeoBokrug Elytis: So I’m thankful for Grim being there when we needed him. He’s a good guy.
[14:41] NeoBokrug Elytis: Ironically, I was going through vendor code a few days before, and I saw a feature that I thought it was lacking.
[14:42] NeoBokrug Elytis: A day before we wonked the server, I had finished that code, which came to be REALLY USEFUL since if a transaction failed (like they were) it would refund the person.
[14:42] NeoBokrug Elytis: So while the chaos was going on, I swapped the vendor code to be more redundant and double check to make sure the transaction worked.
[14:44] NeoBokrug Elytis: The day after all that server madness was a Saturday (I think), and that’s when I got sick. I planned to take Apo someplace for her birthday but I totally had to have my friend take her instead. Because I was REALLY sick. I slept about 75% of the day away for the past week. So I did not have much progress on anything beyond what I’ve mentioned thus far. This last Friday is when I finally felt better, and I have been taking it super easy since then.
[14:45] NeoBokrug Elytis: Any questions about code stuff, my mess up with the server, or code stuff? 😉

[14:49] Holland Haggwood: There will be a transcript of the meeting on the website, correct?
[14:49] NeoBokrug Elytis: Certainly!
[14:50] Aposiopesis Fullstop: Yup! It’ll go up shortly after we wrap this up – I have the Create New Post window primed and waiting! 😀

[14:50] Kaz (kazuhiro.aridian): awww yisss
[14:51] NeoBokrug Elytis: Again, no promised on a timeline on my part, but I think we’re making leaps and bounds of progress.
[14:51] NeoBokrug Elytis: *promises
[14:52] Aposiopesis Fullstop: Yeah, you can only do what you can do – and you only find out WHAT that is by trying to do it.
[14:53] NeoBokrug Elytis: TBH, it’s taken longer than I thought it would — only because there’s more work than I anticipated. But I think it’s good work that’ll set us up for some really fun stuff in the future too.