General breeding mechanics: IE how do I know what to expect? 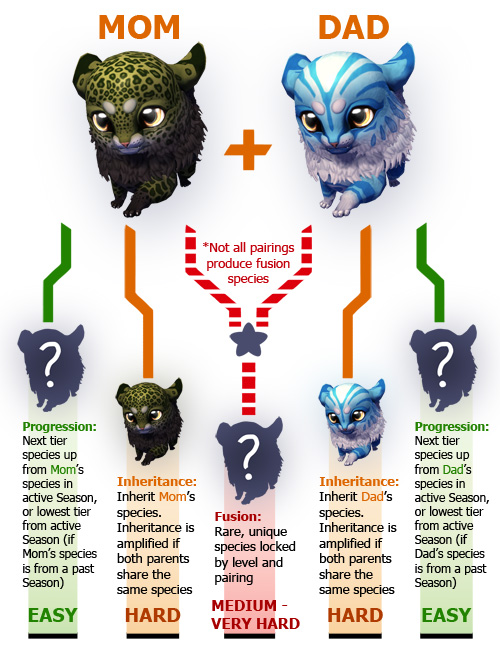 For any two Mystics that are paired together, you can expect breeding results that fall into what you see above. Inheritance will benefit from having like-species pairings of Mystics. Certain Mystics paired together, with the right amount of required Fusion/Experience levels averaged between them, will give them a chance to produce a very special fusion/experience species! All Progression species refer to the chart below for which species is the next tier down the line. Your pets will have a tendency to want to progress through that chart with each new generation of Mystics. Pets that have been around from before the Breeding Season update, or from a previous Breeding Season, will jump to the active Season’s first tier species.

EXAMPLE: Say you have a Mirage and another Mirage paired together. Their chance to pass on the coat is doubled, and an additional bonus chance is added to that. You may get another Mirage, or you may get an Animist (this Season’s first species in the line of progression). If there is a fusion species you can get from two Mirages, you will have a small chance to get one of those. Mirage is a rare coat from the old system, so it already has low percent chance to pass its coat.

Therefore, in order from MOST LIKELY to LEAST LIKELY, your chances look like this:

If you have two unlike pets, say you have a Jaguara and a Summit, which are both from the OLD Season, your chances look like this:

Now, let’s say you have a Shelfwalker and an Animist. The Animist is from the Active Season, so our results are going to look a little different:

The next species in the Seasonal progression is a Singeleaf. You can check the progress of what has been discovered in the chart below!

-It’s also worth noting that some Fusion/EXP species will be easier to get than inheriting a coat from a parent, particularly if that parent has a rare coat. Rare coats are harder to pass on!

Here are the species that have been discovered so far during the First Breeding Season:

How many have you collected?

Fusion/Experience-locked species: Solve the riddles by submitting your answers through our ticket system! You may submit one guess per day for what two species the riddles are referring to. Once the correct pairing is guessed, we’ll display them here, along with their level requirement. Once the first of its kind is discovered, we’ll display it here too!

Note: EXP Level requirements reflect minimum, average levels required for the Fusion species. For example: if the required level is 2, you could have a level 4 and a level 0 paired together for an average of 2. Basically: add your two levels together and divide in half to get that number! You can have pets higher than the number and it will still work. 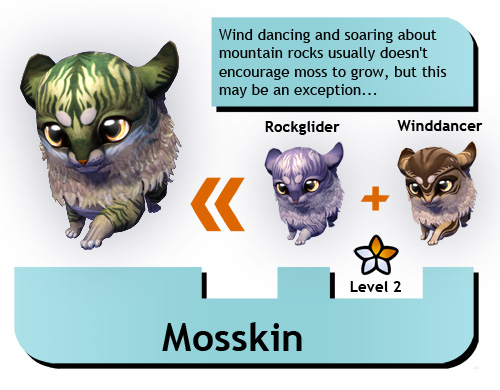 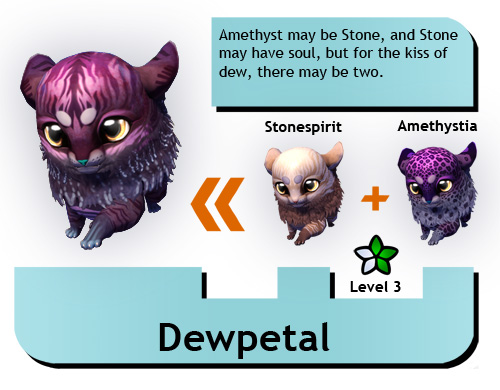 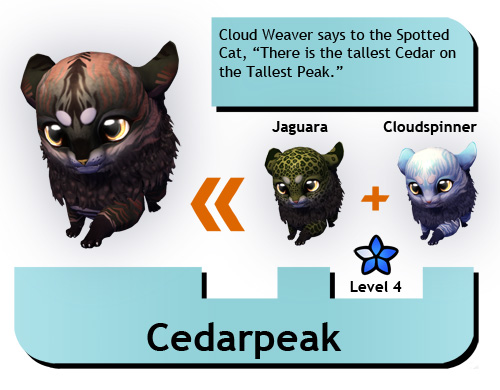 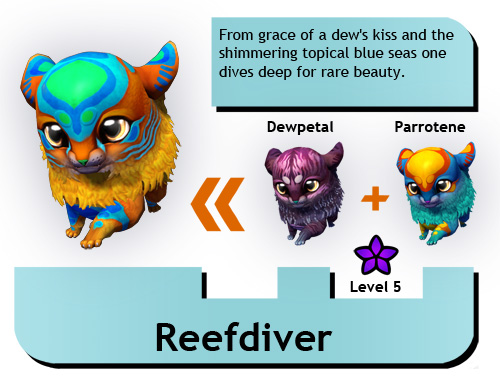 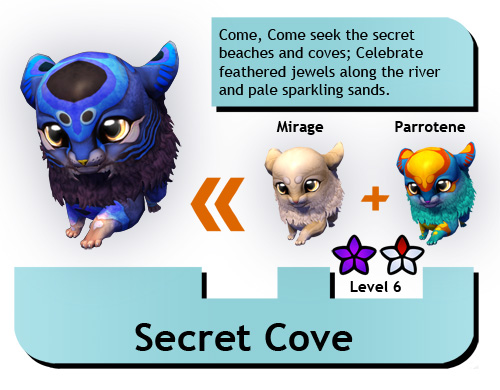 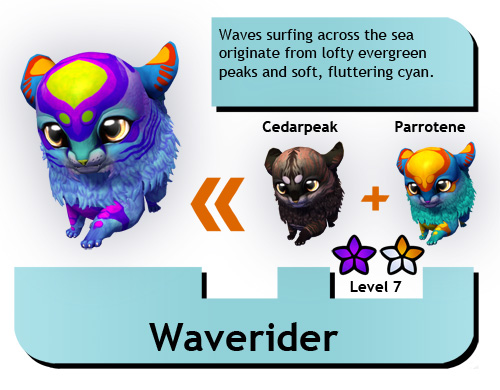