Want to change your Mystic’s appearance? Try a Costume Potion! Available in a wide variety of interesting patterns – some of which are available for a limited time only – these Potions give any Mystic a wild new look that you can show off or take off whenever you like.

After you’ve purchased your Costume Potion, rez it inworld, then click on it. You’ll be prompted to click on the Mystic you’d like to dress up.

Please choose carefully: Costume Potions contain only one serving of magical elixir – just enough for one Mystic!  Also, Mystics can’t have more than one Costume. 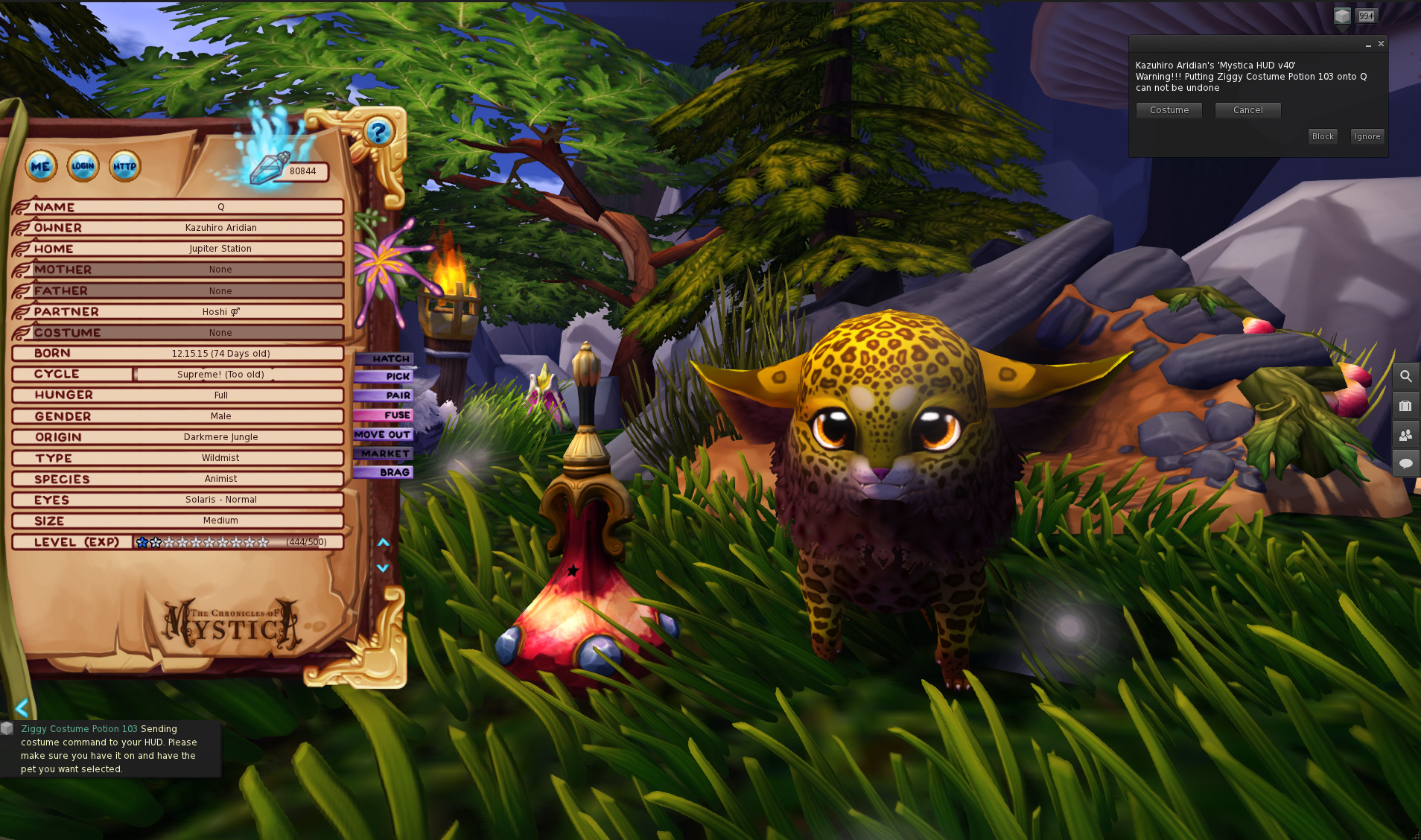 Once you’ve clicked on your chosen Mystic, it will drink the Potion and gain the new Costume!  In an instant, your Mystic’s coat takes on a brand-new pattern – one that can never be found through breeding! 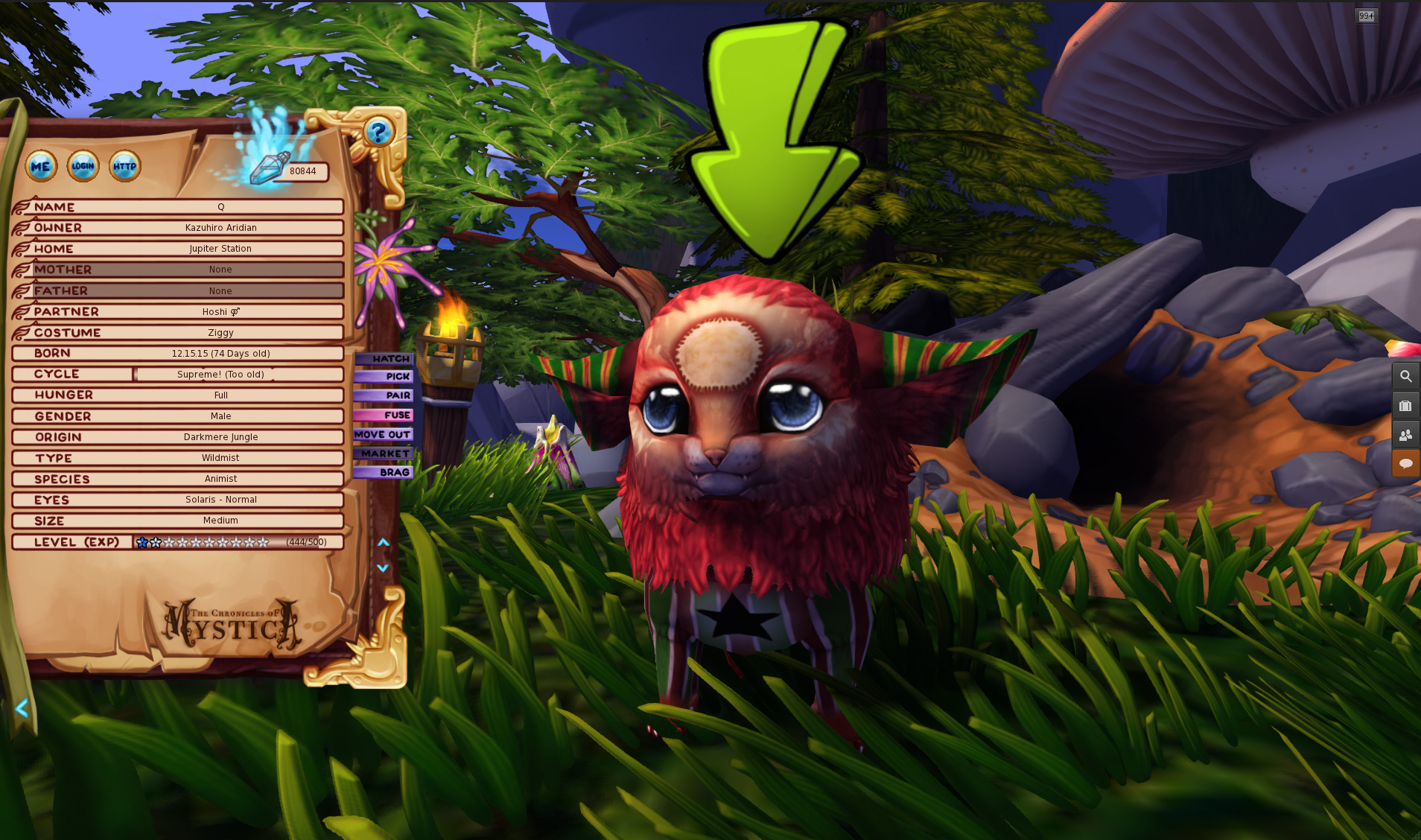 Though that Costume can be worn or hidden, you can never completely take the Costume away: it’s a spell that’s been cast on the fur of that specific Mystic. If you’d like multiple Mystics to wear the same style of Costume, you’ll need to buy each one their own Potion.

Costume Potions have Transfer permissions, and can be sold, bartered, or given away.  However, if you’ve just bought a Costume Potion through an official vendor, you must rez it first before sending it to any other player.  This allows you to claim ownership of that Potion.  Once you own it, you’re able to give it away to a new owner.

Why is it so necessary to rez and claim ownership of a Potion before you can give it away?   In short: security.  When someone buys a Potion from an official vendor, it’s bound to the buyer with a protective charm.  This charm keeps the Magical power inactive until the Potion reaches its targeted owner.  This way, if a bottle ends up abandoned, broken, or misplaced, its active and unsecured Magic can’t fall into the wrong hands.  When you buy a Potion, then rez that Potion, this proves that it has undeniably reached you, the targeted owner. The charm lifts, and the Magic is active.

If you don’t rez it first, but instead send it from your inventory to another Adventurer, the charm will not recognize them as the targeted owner, and the potion will vanish!

As the targeted owner, though, you could use your Personal Profile to Redeliver that Costume Potion to yourself – allowing you another chance to rez it, claim your ownership of it, then send it to someone else.

Have fun dressing up your Mystics!